The Economic Value of Certainty

It was a dark, frigid December night with below-zero temperatures. I’m driving through Wyoming on I-80 east. It felt like the middle of the night, but in reality, was barely after 8 pm.

My girlfriend Carrie and I were running late getting to Green River, Wyoming where we were meeting up with my Uncles for a trip to Jackson Hole.
In my early twenties, I drove slowly, and Carrie said I was like an old man behind the wheel. This was a residual impact of getting in trouble with my mom for speeding tickets in my teenage years. Still worried about getting a speeding ticket, I was pushing it to my limit, setting the cruise control at 80, in a 75, what a rebel.

Yeah, Carrie was right to tease me.

As I looked around, there was snow everywhere, well, everywhere but on the road ahead.

The ground looked so polished and black, almost shiny. Oh shit, could this be black ice?

I lightly touched the brakes to kill the cruise control.

My heart is racing.

I throw my arm over Carrie. “Hold on, we are going to roll” I manage to say.

We are moving backward after spinning two and a half times.

As we slid backward (at the same speed we were moving forward), the nose of our car faced the grill of a Diesel …….. at 80 miles an hour.

My adrenaline is pumping, my heart is racing, and I feel an imminent sense of danger.

“Brace yourself,” I say as I start to turn the wheel.

We start spinning again…one and a half more times, we slide across the ice and snow, down into the median separating I-80 East and West.

Still sliding, we continue almost all the way back up the median, nearly into oncoming traffic when we finally stop.

We stare forward. Breathing heavily and not quite saying anything, just yet.

A few hundred more feet forward, we crash into a concrete barrier.

The only reason we didn’t roll, the road was solid ice.

And even though we felt relieved to a degree, we were now afraid.

Fear was now running the show.

Should we continue on?

I get out and look at the car.

The bumper is packed with snow from the median, with weeds hanging out of the snowpack.

The closest city was actually Green River, so after taking several deep breaths, and embracing each other, we finally forge ahead.

If Carrie thought I drove too slow before, well, she was on the same page with me now.

Being passed by car after car. Did they not know the risks? And they were now putting us at risk.

It was so long ago that we either didn’t have a cell phone or cell phone service.

We drove so slowly pedestrians could have passed us.

It was excruciating and frightening, time slowed.

We finally get to my Uncles house where they were debating over whether to leave us and were actually close, but we finally arrived.

I give my Uncle Drake the keys to my car because I was too shaken to drive any further.

His wife and daughter get in the car with us and my Uncle Page takes his girlfriend in his truck.

I recount the terror of the story.

I tell my uncle how we were so frightened, worried really, and things immediately get worse.

He decides to tell us his close calls too, even looking back at us as he does this.

My heart is racing.

I can see Carrie’s heartbeat through her neck and she is grabbing my hand the same way she did later in our life when she was in labor with our first son.

This is the aftershock of a traumatic event.

Of a near-death experience.

As my Uncle drove, we were ruled by fear.

Shell shocked from the 4 spins.

And now the terrain was even worse.

We worried about the cliffs, much steeper than anything we saw on the drive to Green River, and now I wasn’t in control.

As my Uncle drove, I was afraid to speak up, and fear controlled every thought and emotion for the rest of the drive.

Just before Jackson, we even saw a bus that had crashed into a snow bank, but it did nothing to slow him down.

How often do we do this with conversations in our life?

Not wanting to seem weak or hurt someone’s feelings, so we just silently suffer.

We toil in torment.

The last leg of the drive to Jackson Hole, I was looking for evidence of why we will die or slide off the road and yet didn’t say a word.

Carrie and my hearts continued racing.

This is what the scarcity, survival mentality is like.

At a young age, it was hard for me to speak up, even when it mattered most.Often, people in scarcity remain quiet when it counts and complain when it doesn’t.I was triggered by my experience because the icy road was a blind spot.

It was a risk.

Originally unbeknownst to us, but now potentially lurking at every corner.

All I saw for the rest of the drive was danger.

All we knew was fear.

When we are young and don’t know any better with money, it is easy to be seduced by risk. Crypto gains. Real estate appreciation and bidding to get properties. Bull markets with stocks. We take risks due to our greed gland expanding, feeling like we are missing out, or simply figuring everyone else is doing it, why not us?
But when we hit financial black ice, that is when things change. People move to cash. They swear off investing. It is almost like when I drank in my 20s. I never understood the consequence, until I went too far and had to throw up, swearing it off forever. But forever only meant, until I forget the pain.
This is the ebbs and flows of investing. Fear and greed. Ups and downs. Forgetting and making mistakes after time passes.
When I hit that black ice, there was no more joy, the trip was no longer fun, and I wasn’t dreaming about Jackson Hole any longer. I was just trying to survive. This is what happens when people lose money and don’t utilize Investor DNA to become a better investor. This is why it is such dangerous dogma to believe high risk=high return. Or to chase returns without a plan or without protecting the downside. This destroys dreams, live and invites fear.
Fear and survival. Most people live this way every day.

Where will the money come from?

What can be done for safety and security?

Worry all the time?

This is how most of the human race operates.

Scarred from past experience.

These are the black ice moments in life.

Leading people to believe in a zero-sum, winner takes all, competitive world of taking what you can and holding on to whatever you have. In this dangerous world, people are worried that they will make a mistake, worried they are not enough, and simply worried.

Reactive versus proactive for one.

When we play not to lose, we live in fear and are governed by scarcity. When we utilize education and take precautions, we can remain present, and with certainty comes the possibility of being present.

Look, we are all in store for financial surprises. Yet, with the proper planning, ninety-plus percent of those surprises do not have to derail us at all and will not destroy our life, finances, or enjoyment.

There is a value to certainty.

An economic value to certainty.

If I was certain the roads were clear and safe, I could drive without fear and make more progress. But being caught off guard, feeling blindsided, it created a new reality of concern.

On the other hand, if I knew the roads were icy, I could have prevented spinning and feeling out of control. I could have chosen a different path. Driving in the day.

Flying. Having studded tires with grip in the winter.

Where have you been blindsided with money?

What lingering worries about money does that leave you with?

How does this impact how you feel about your finances?

Where do past blind spots (AKA black ice) impact your life?

Do you feel behind?

Are you unclear about your financial risks?Are you exposed due to a lack of asset protection, estate planning, and insurance coverage to transfer risk?

Do you worry that you don’t have enough savings and liquidity to handle a career change, economic turmoil, or a health challenge?’

Are you concerned that your investments might not perform or still judging yourself for past mistakes?

Are you unclear about your financial plan and what to do next?

If you answered yes to any of these questions, there is a high likelihood that money concerns and worry are creating stress and running in the background of your mind, slowing you down, and robbing you of peace of mind and joy.

They say ignorance is bliss, but it leads to risk.

There is an economic value to certainty.

To know what you can count on and what will be there.

Who is in your life to let you know about blind spots?

Do you have an awareness of what is working or not working in your financial life?

How will you gain knowledge to illuminate the truth of your financial matters?

Awareness is key to avoiding the black ice before you spin.

So here is your lifeline: Wealth Factory’s Financial Strength Grader

It is time to face your financial truth to create certainty in your life and be confident in your direction. Without this certainty, risk will reign and fear will confiscate time and wealth. 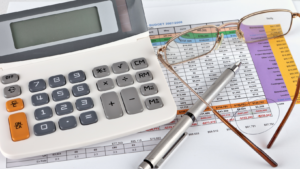 Free Cash Flow Formula: What It Is, How To Calculate It, & More

The formula for free cash flow (FCF) is one every business owner should learn how to use. When you know how much cash is coming 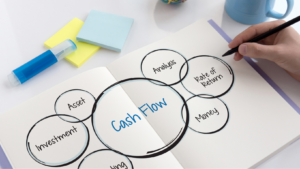 What Is Cash Flow? What You Need To Know

Cash flow is the lifeblood of any business. But it can be both complicated and confusing, which leads to a lot of people struggling with