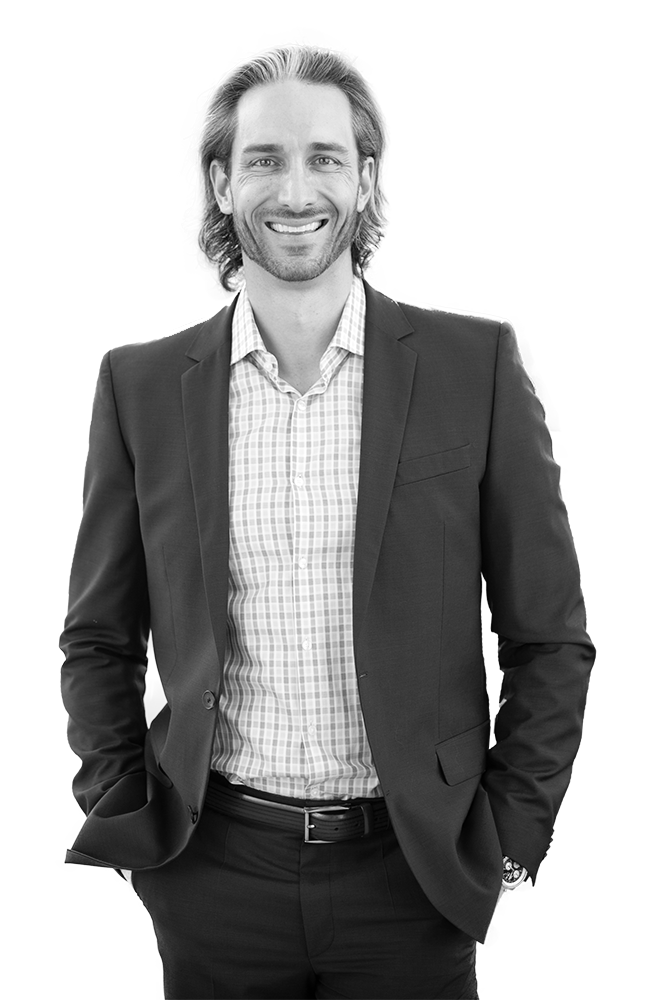 From the Desk of Garrett Gunderson

In 2008 I found myself in an average place with two of the most critical aspects of my life: health and marriage.

Although I was able to achieve an Inc 500 status with my business and the NY Times with my book, two of the most important aspects of my life were going in the wrong direction.

I had been checking the list of societal success with awards and recognition, yet I wasn't feeling fully fulfilled and happy. I was gaining weight and losing energy. My wife was sure that my business was not only my highest priority, but was wondering if it was the only thing I valued.

No amount of money, recognition or profit could compensate for the pain I was feeling in two critical areas of wealth. Monetarily I was rich, but it takes more than money to be truly wealthy.

True wealth is a function of purpose, mindset, health and having a social life. Although society might have considered me wealthy I wasn’t living wealthy.

“Wealth is not the man that has it, but the man that lives it” Benjamin Franklin. By playing to win in my business, I was now playing not to lose in my life. Being well aware of my deteriorating health, I had a friend call me out. He not only had the courage to question my priorities, he offered a solution. I hired Jason Moore, the individual he recommended to do a blood analysis and nutrition profile. During the analysis, my wife and I began to argue. During this argument we had a breakdown. For the first time, I was sure if something didn’t change, we would grow apart or become completely numb and become roommates more than husband and wife.

In this moment, I wasn’t sure what to do, but committed to making this a priority and doing things differently. I called people that I knew had the best marriages. I set up a time for my wife and I to meet with them and learn best practices. I looked to my business to see why I had created success and started to integrate some of these same structures to invest in my marriage. Candidly, this was one of the hardest things I have ever done and also had more ups and downs than I had ever experienced in building my business. It was more sensitive, emotional, and even painful to course correct. I had built bad habits that created a sense of skepticism from my wife. Fortunately, she was willing to do the hard work with me. If we fast forward just two years, I was now attending a Genius Network event hosted by Joe Polish. He was in a new relationship and I was sharing some of the insights and structure I created to go from ordinary to extraordinary with my wife. He then asked me to share this with the group. The response was overwhelmingly positive as I started to get texts and emails over the next months of the progress the group was getting in their significant relationships. Joe even asked me to present at his annual event. This event featured Ariana Huffington, Tim Ferris, Dan Sullivan, Peter Diamondis, Brendon Brouchard, Daymond John and other amazing people that I shared the stage with. Funny enough, there were people that thought I was some type of therapist supporting relationships rather than a financial advocate, but one of the biggest dangers to wealth is divorce, volatility in critical relationships, or stress at home.

Before speaking, I had some of the most instrumental people that supported us in our journey, interview my wife and I. We also included our agenda that we created for a weekly check-in and meeting that has been amazing in improving our relationship. After speaking at Genius Network, I was invited to speak at Mastermind Talks as well. Same topic and similar result. Great feedback as I was awarded with most practical talk.

Here you now have access to both talks, two interviews and the agenda. Use anything that supports you, add your own twists and ways that you can take your relationship to the next level.

Throughout the years, I still consider this my greatest achievement. I created a vision for my marriage. A structure for epic date nights, romance, and a higher level of support. We discovered the power of a do-over, always having a trip on the books, and asking for what we want rather than creating silent expectations that typically ended up in disappointment or frustration.

To your journey in building the life you love with those you love.

GET THE INTERVIEWS NOW

Get the interviews free

Enter Your Email to Get the Marriage Interviews

We take your privacy seriously. Your email address will never be shared, sold or distributed in any way.