Did you know they can improve your investing?

Fable number 721 in the Perry Index is one you may never have heard… but you DO know the “moral” (takeaway) of this story quite well. And this particular “moral” holds a special key for investors…

Read the story now and see if you can figure it out (we also have a complimentary download for you below):

The Miller, His Son, & the Ass

One day, a long time ago, an old Miller and his Son were on their way to market with an Ass which they hoped to sell. They drove him very slowly, for they thought they would have a better chance to sell him if they kept him in good condition. As they walked along the highway some travelers laughed loudly at them.

“What foolishness,” cried one, “to walk when they might as well ride. The most stupid of the three is not the one you would expect it to be.”

The Miller did not like to be laughed at, so he told his son to climb up and ride.

They had gone a little farther along the road, when three merchants passed by.

“Oho, what have we here?” they cried. “Respect old age, young man! Get down, and let the old man ride.”

Though the Miller was not tired, he made the boy get down and climbed up himself to ride, just to please the Merchants.

At the next turnstile they overtook some women carrying market baskets loaded with vegetables and other things to sell.

“Look at the old fool,” exclaimed one of them. “Perched on the Ass, while that poor boy has to walk.”

The Miller felt a bit vexed, but to be agreeable he told the Boy to climb up behind him.

No sooner had they started out again when a loud shout went up from another group of people on the road.

“What a crime,” cried one, “to load up a poor dumb beast like that! They look more able to carry the poor creature, than he to carry them.”

“They must be on their way to sell the poor thing’s hide,” said another.

The Miller and his Son quickly scrambled down, and a short time later, the marketplace was thrown into an uproar as the two came along carrying the Donkey slung from a pole. A great crowd of people ran out to get a closer look at the strange sight.

The Ass did not mind being carried, but so many people came up to point at him and laugh and shout, that he began to kick and bray, and then, just as they were crossing a bridge, the ropes that held him gave way, and down he tumbled into the river.

The poor Miller now set out sadly for home. By trying to please everybody, he had pleased nobody, and lost his Ass besides.

Library of Congress, adapted from the book “The Aesop for Children: with Pictures by Milo Winter,” published by Rand, McNally & Co in 1919. This work is in the public domain in the United States.

Did you figure out the moral of the story?

It’s right there in the final sentence:

“If you try to please all, you please none.”

But there’s actually a “twist” to this moral that’s especially relevant for investors.

Because what happened to the Miller is what often happens to modern day investors.

It’s about losing focus on what really matters, and listening to the advice of people who don’t really care about you.

So here are two principles that will help bring clarity and focus to all your investing:

Here’s what that means for you…

In our experience, most of the talk about “risk” in investing is uninformed “chatter” …

A lot like the so-called “advice” people gave to the Miller on his way to sell his donkey.

In fact, the “high risk = high return” mantra you hear about so often?

The True Nature of Investment “Risk”

You see, for someone like Warren Buffet who invests in stocks for a living and has an entire team do thousands of hours of research for every trade he makes… investing in the stock market makes sense, and it has made him a fortune.

Because of his knowledge and expertise, Buffet never feels he is making a risky investment.

For the average investor, it’s an entirely different story. They don’t have Buffett’s knowledge or his “game plan.” So they are often easily swayed by the “whims” of the market.

The Ass was not a “risky” investment. It had real, tangible value. Yet the Miller ended up getting nothing for it. Why?

Well, by moving outside of his area of expertise (grinding grain), he was easily swayed by others with their off-hand “advice.”

He followed their plan without really thinking it through, because he’d lost focus on his goal…

And it caused him to literally “lose his Ass.”

(Yes, that’s where the expression comes from).

Your Takeaway (How NOT to Lose Your “Ass”)

The key to wise investing is twofold.

First, remember those two truths we started with: (1) no one cares about your money more than you do and (2) investing risk is primarily in the investor, not the investment.

If you don’t have a plan for your wealth, someone else will definitely sell you theirs. And they rarely have your best interest in mind.

Think about it. Those giving “advice” to the Miller had no concern about his financial welfare or what he was trying to accomplish.

By listening to their “advice,” the Miller made bad choices based on emotion… which led to a financial disaster (he lost 100% of his investment).

In the end, it wasn’t that his donkey (the investment he was trying to sell) was “risky.” He made the bad decisions. He was the risk

And he could have “saved his Ass” by simply staying focused on his goal.

Investing In Your Strengths = Confidence

That’s why our goal at Wealth Factory is to give you the tools to be an informed investor. To identify and BUILD your own wealth architecture.

Because having a plan and investing in your own strengths gives you confidence. And it helps you decide which investments are best for YOU… based on your strengths.

Plus, when you become more informed, it decreases your risk as an investor as much as possible.

And the big bonus? Investing in your strengths helps you SIMPLIFY your finances down to a few key decisions.

To help you get started, we’re offering you a free Investment Guide called The Entrepreneurs Guide To Investing: The 7 Keys to Successful Investing & How to Avoid Costly Mistakes… Even if you downloaded this when we offered it in October, use it now as a quick refresher…

Because when you claim your guide today, you’ll learn:

That’s a lot of value packed into one little guide.

Best of all, it’s absolutely free.

Who knows? It just may help you avoid a financial disaster!

Build the Life You Love,

The Builders at Wealth Factory 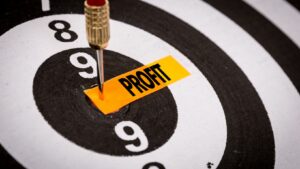 Improving Profits | What Does It Mean To Improve Profitability?

Often, the first thing an investor asks about a business is if it is profitable. And while this is not the only factor determining business 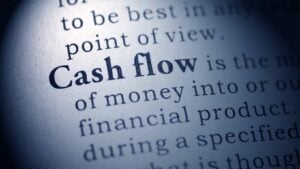