Can Money Buy Happiness? This Could Be the Key… 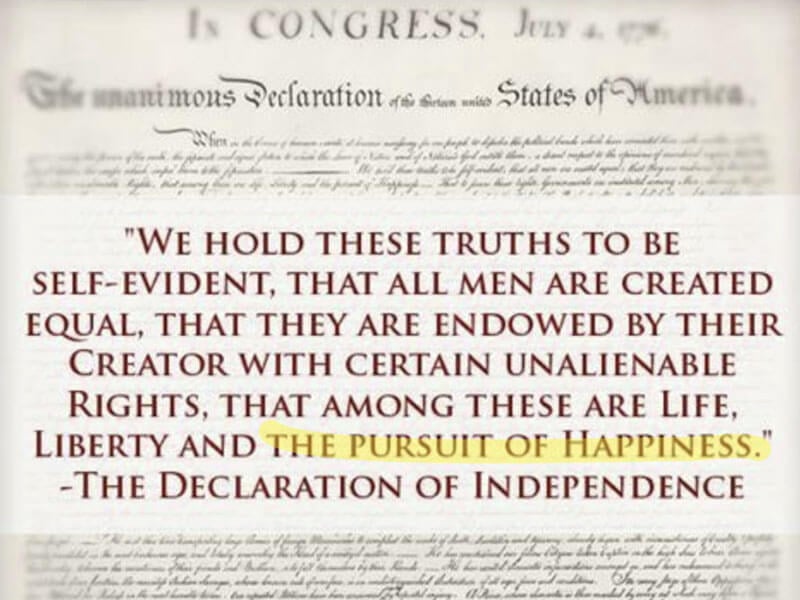 And at Wealth Factory, we agree with that general principle. After all, there’s more to happiness than money.

However, the newest studies suggest money actually can bring happiness.

In fact, one study suggests the more money you have, the happier you are.

And as we dug deeper, we found it’s actually true — as long as a couple key elements are in play.

Studies have historically shown that money can bring happiness, but only up to a point.

In the 1970s, economist Richard Easterlin argued that money does indeed buy happiness. But once you have enough money to buy your basic needs — food, shelter, and the like — you are as happy as you’ll ever get. More money won’t push the happiness needle one inch higher.

His claim even became known as the Easterlin Paradox.

Studies since then seemed to confirm Easterlin’s thesis.

A 2010 Princeton study found that day-to-day happiness rises as people earn more money. However, their findings also suggested that once people hit $75,000 a year, they don’t get any happier. Adjusted for inflation that would be about $86,000 today.

New Findings Seem to Refute This…

New studies that dive deeper now seem to show that happiness can actually continue to increase right along with your growing wealth.

For example, University of Michigan economists Betsey Stevenson and Justin Wolfers examined data from more than 150 countries. They used sources including World Bank data and the Gallup World Poll.

Their findings were surprising to many:

The more money people have, the happier they are, regardless of whether they’re rich or poor.

And contrary to earlier studies, there isn’t a cutoff point.

They say it doesn’t matter if you’re making $20,000 a year or $200,000 a month. Their findings suggest that making more money can always lead to more happiness, no matter how rich you become.

The biggest reason these studies come to different conclusions is based on how happiness is measured.

The monetary boundaries of happiness in the studies were also arbitrary. For example, people in rural settings reported more happiness on less money than those living in expensive places like New York City, California, or Hawaii.

Another factor is that the economists who engineered these studies were most interested in studying broad societal patterns (the macroeconomic effect) rather than an individual’s prosperity, freedom, and happiness.

During our research we found this study that ties together all the pieces and confirms what we’ve known and taught all along:

It’s not the money itself that brings the happiness — or even the amount of money.

It’s what you do with the money that makes all the difference.

The biggest boost in happiness comes when people use their money to create more free time. More space. More freedom.

That’s what our philosophy of Economic Independence is all about.

It’s why Economic Independence is the centerpiece of everything we do for our clients and give to our customers.

And it’s why Economic Independence is the core of our Mission Statement:

Here’s why this is so important

Most entrepreneurs and small business owners didn’t grow up in a wealthy household.

Most of us grew up in middle-class neighborhoods and were influenced by commonly-held financial values handed down by our parents and the education system.

We were taught that proper money management was to accumulate money for some future reward. So we learned how to be frugal. We became experts at cutting back. We were told it’s cool to be the superheroes of scrimping and sacrificing.

Therefore it’s no surprise that “doing it yourself” was also viewed as a great way to save money. After all, that allowed you to accumulate more for the future.

That’s why in the last study cited, they found that people who increased their wealth through frugality and penny-pinching continued their miserly ways even after they had become wealthy.

But for those who learned how to use their wealth to hire people to do their taxes, or mow the lawn, or do the housework — these are the people who reported being the happiest.

Economic Independence is more than just having enough money to be considered “financially free.”

It’s about having the tools, the framework, and the financial philosophy that focuses on cash flow over accumulation.

It’s about living wealthy along the way because you know the real value of your life, your family, and your own personal capital.

It’s about investing in yourself — in your health, your wealth, your knowledge, your inner peace.

It’s about discovering your Investor DNA and your Soul Purpose so you can live the life that you were meant to live, investing only in things that make sense to you and that mirror your values.

How You Can Get There

If you just want to accumulate money, frugality can certainly get you there.

For example, you can scrimp and save and eat chicken and rice like this couple did for 11 years. They saved $1M and retired early. It’s an incredible accomplishment. We applaud them for their efforts. And we wish them all the best.

But for entrepreneurs and business owners, we’ve found there’s a better way to build wealth.

It starts with a focus on cash flow. Otherwise, you’re stuck in a middle-class, accumulation mindset like we talked about above.

Which is why so many people who play the accumulation game can amass a million dollars and still feel stressed out about whether it’s enough.

So they end up never spending their money, never using their money to create more free time, and never enjoying life because they’re afraid of running out.

In other words, the accumulation game gave them more money, but not more happiness. Just more worries.

It Starts with a Cash Flow Focus…

When you change your gameplan to a cash flow focus, those worries go away.

Then you use cash flow recovery strategies to reclaim all kinds of money that’s leaking out of your life.

Then you can realign that cash flow so it’s working for YOU instead of for someone else.

You continue doing this with every part of your financial life: with insurance, with bills, with mortgages, with loans. Even with your investments.

Slowly your monthly cash flow begins to increase. It’s simpler to monitor and measure than accumulation.

Plus you learn how to use your money to treat yourself to a wealthier lifestyle — and to create more free time for yourself along the way.

Now you can use all your energy and resources to do whatever you want. Now you can swing for the fences.

It’s about living wealthy AND living the life you love.

For some that may be starting a new business. For others it may be charity work or philanthropy. For still others, it may mean building a dream home, exotic travel, or just more family time.

It’s your life and your choice.

And since it’s all based on consistent, regular cash flow, it comes without the fear of running out.

This is the first step to true financial happiness.

But the best is yet to come.

What is Living Wealthy?

Living Wealthy is a digital publication of Wealth Factory where we share timely trends, news stories, and current events that affect your life. We help you see the impact, personally and socially, and give you possible solutions to avoid any negative effects. We also give you additional links and resources if you want to investigate further. The purpose is not to be the last word on any topic. Rather it’s to help us all stay informed of what’s going on in the world without letting those events negatively impact your lifestyle. Our goal is to help us all live richer, fuller lives from a position of financial strength. This allows you to weather economic hard times, and seize whatever new opportunities arise in our changing world. 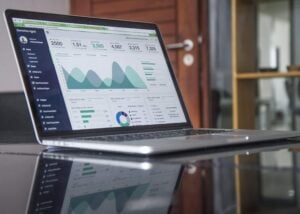 How To Prepare Annual Budget For A Company

As a business owner, you know that one of the most important aspects of running a successful operation is effective financial management. This includes creating

Welcome to the third lesson in this new 4-part mini-course on The Map to Economic Independence! In this lesson, we’re diving into our signature Wealth