If you scan the financial headlines for 2020, it looks pretty grim.

Or even giant corporations filing for bankruptcy…

And the list of major companies that have filed for bankruptcy so far in 2020 since the coronavirus shutdowns began is eye-opening and sobering.

See how many of these names you recognize:

That’s just a sampling — and bankruptcies don’t even tell the full story. Many businesses are staying solvent only by closing down hundreds of local stores.

Some of these companies have been around a long time, too. Lord & Taylor is the nation’s oldest department store, operating since 1826. JCPenney started in 1902. Neiman Marcus in 1907, and Brook Brothers has been helping Americans dress for success since 1818!

So with all this economic disruption — how can YOU avoid the same fate and not get swept away by the growing tide of economic fallout?

3 Values That Will Allow You to Own Your Future

There are 3 key things to focus on if you want to survive this current economic disruption and profit from future financial trends.

This is the highest form of reality — the ability to produce a vision and create it.

It’s not about “modeling” or “copycatting.” This is about knowing who you are, investing in yourself, and understanding your highest abilities that help you create value for the world.

President John F. Kennedy created an incredible vision when he stated that we would put a man on the moon in the next decade. At the time, NASA didn’t have the tools or know-how to fulfill that vision. It was scary… and inspiring… and it led to people being willing to take action everyday to get it done.

What do you want to create in the world?

The way things used to work may not be the way they do in the future, and if we get stuck in old ways then we’ll be left behind.

With personal finance, the “old way” was focusing on accumulating a million-dollar nest egg that you could live off in retirement. That no longer works because the old rules don’t apply. There’s no “hockey stick” curve of interest that’s going to take care of you.

We don’t know how taxes or inflation will change. At the end of the day, it’s a gamble — hoping that when it’s time for you to tap into your nest egg it will still be there… and be enough.

Now, it’s about adapting to “make money on the buy.” You do that by having liquidity and becoming a cash flow investor.

That’s what every sustainable institution does. Cash flow investing allows you to pivot quickly when the economic scene changes.

At a personal level, you want to plug cash flow leaks and figure out how to save more on taxes — because that’s what every wealthy family does.

Everything from the financial game to transportation, health, and business is changing with technology advances… and the key for you to succeed is to be able to adapt to it.

Going along with the idea of focusing on cash flow over accumulation, creating Economic Independence for your family where you have enough cash coming in on autopilot to cover your basic expenses will allow you to “swing for the fences” in everything you do.

At that point, you’re no longer burdened by day-to-day issues where you have to scrimp, budget, and sacrifice something greater for something lesser.

Then you can expand your means, reach even more people with the value you provide and impact the world more deeply.

“Connection” is the Ultimate Key to Owning the Future

People are the only true assets, and AI will never be able to replace the value of humans connecting with each other.

One big thing we’ve found at Wealth Factory is that quality is more important than quantity.

For instance, having a huge customer list can certainly help you create revenue.

But it can be much better to create a meaningful relationship with a smaller group who genuinely want to follow up with you afterward, and you can help them more specifically.

Think of it this way: when times get tough, would you rather have a bunch of surface-level contacts, or fewer people but ones you know have your back?

So spend the majority of your time connecting with true friends — people who you know want to see you succeed, and with whom you can share your vision.

If you’re surrounded by people who live in fear and scarcity and negativity — this current recession is going to decimate them — and you’ll be dragged down with them.

Protect Your Mind and Turn Off the News

The 2008 recession was tough — but unless you were in mortgages or real estate then you probably didn’t know what was going on at first unless you turned on the news.

What’s interesting is that we saw more business owners have million-dollar years than ever before in 2008. They weren’t affected negatively, because people still needed to take care of their daily needs and their minds and bodies.

If you let your mind get dragged down by negative news telling you how scarce and awful the world or economy is, you’re poisoning yourself.

When times get tough, here’s the advice our founder and Chief Wealth Architect, Garrett Gunderson likes to give:

Do You Have Enough Liquidity?

During a recession, the wealthiest people have about 30% of their assets in cash and cash equivalents. They do this so that they’re able to pounce on opportunities that only come when prices are down because people need to sell.

During a recession or downturn, people with access to cash can get great discounts on assets like businesses, real estate, stocks, art, or any other investments that align with their strengths and experience as an investor.

These types of moves during tough economic times allow for “exponential growth” — which is becoming more and more difficult to find when times are good.

More is going to happen in the next 7 years than in the last 70… that’s how fast things are changing.

Now is your time to become a leader, to focus on your strengths, and to get your financial and life situation organized and running smoothly…

Because there’s going to be more wealth in the future than ever before, and when you take empowered action, it can belong to you.

If any of this resonates with you…

You are likely a perfect fit for our inner-circle Wealth Builders Club.

Club members get monthly mastermind sessions with Garrett Gunderson (the founder and Chief Wealth Architect at Wealth Factory), so they can stay connected to the latest financial ideas and trends.

There’s a lot more to it, and for the next few days, you can try it all out for 30 days, and see for yourself how Wealth Builders Club can help you turn economic disruption into economic independence...

If you scan the financial headlines for 2020, it looks pretty grim. Whether it’s unemployment numbers… Or small businesses permanently closing their doors… Or even giant corporations filing for bankruptcy… And the list of major companies that have filed for bankruptcy so far in 2020 since the coronavirus shutdowns began is eye-opening and sobering. See… 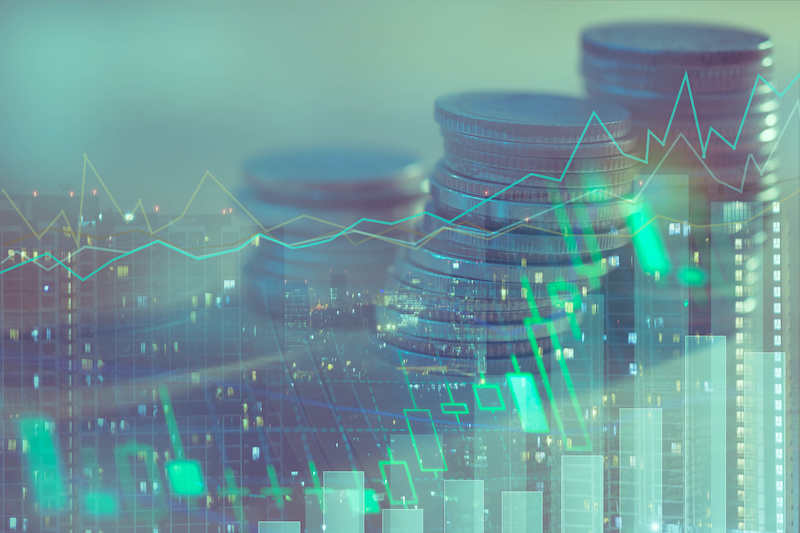 Thinking About Investing In Gold? Crypto? The Stock Market? Real Estate? Use These 3 Key Investing Principles to Guide You Through Economic Uncertainty (and Even Chaotic Times…)

At Wealth Factory, people are always asking us what to invest in. And we get it. Especially now. Things are moving so fast, it can be hard to know what’s coming next. After all, the economy is skating on razor-thin ice. Everyone feels it. It’s causing unrest. And it’s been brewing for months, even… 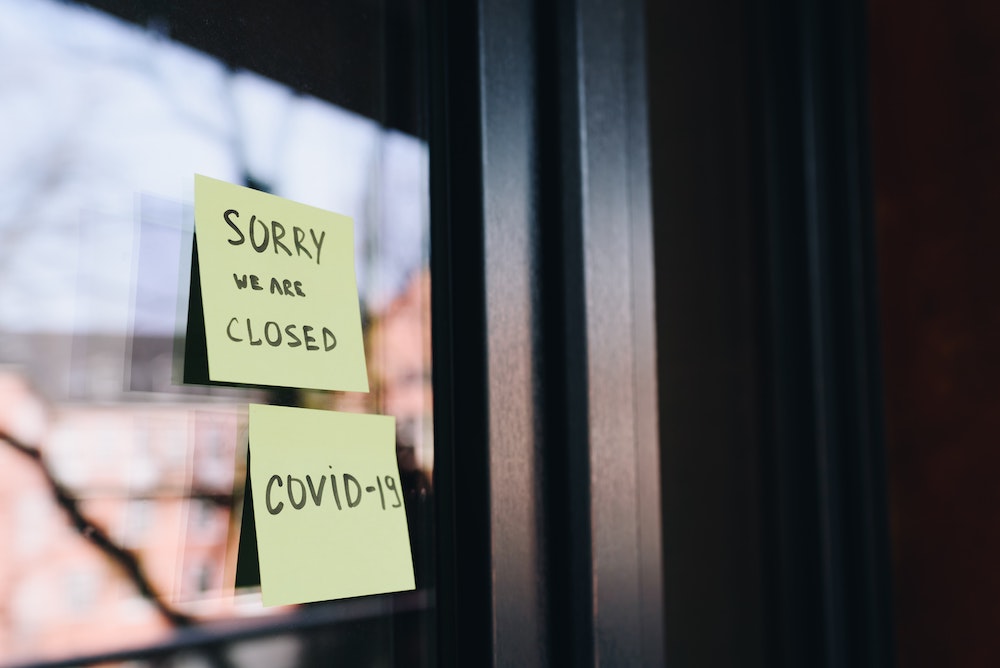 Business Opportunities and Danger Zones after “The Great Stimulus” Ends…

And How to Prepare for What’s Next 2020 has been a financial rollercoaster. Early in the year, the economy looked to be strong and vibrant with historically low unemployment record highs in the stock market. By the end of February, fears over coronavirus started wreaking havoc on the market. And then in March, the financial… 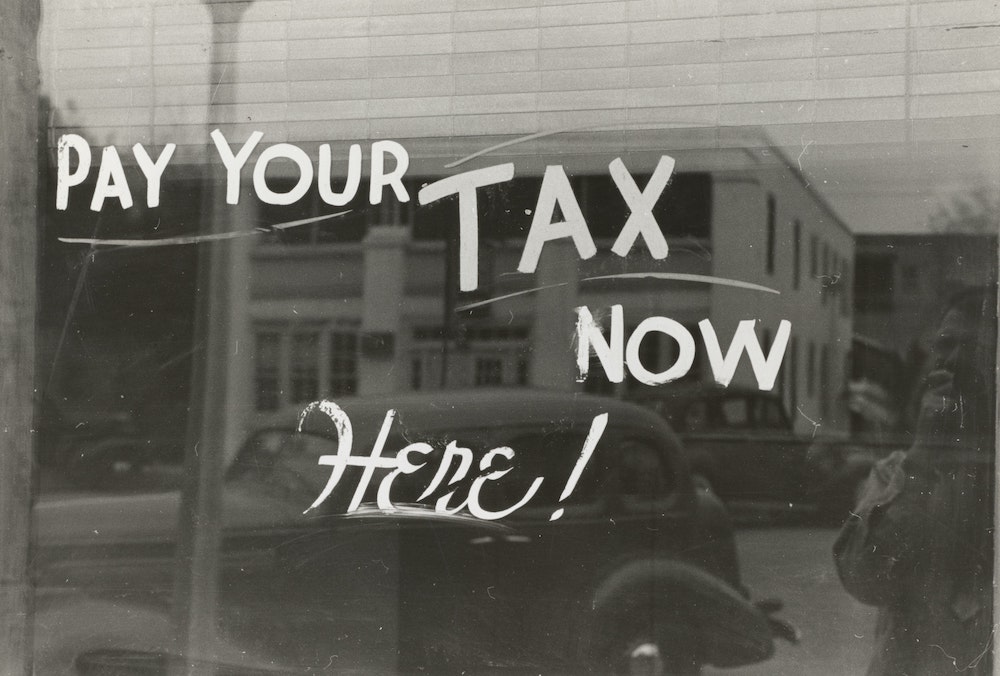 Cringeworthy “Tax Horror Stories” (Don’t Let This Happen To You)

Watch the video and you’ll see ugly $125,000 tax bills… Triple state taxes… Nasty tax penalties… Endless audits… And DIY tax mistakes that will make you cringe. With the (delayed) tax deadline coming soon, it’s important you know what’s at stake. You see, the U.S. Congress was trying to do a favor for taxpayers by… 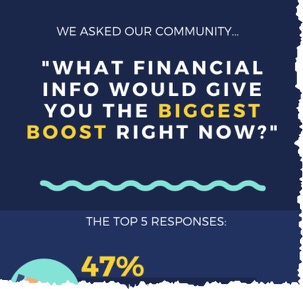 The 10 Biggest Financial Worries During the Great Lockdown of 2020 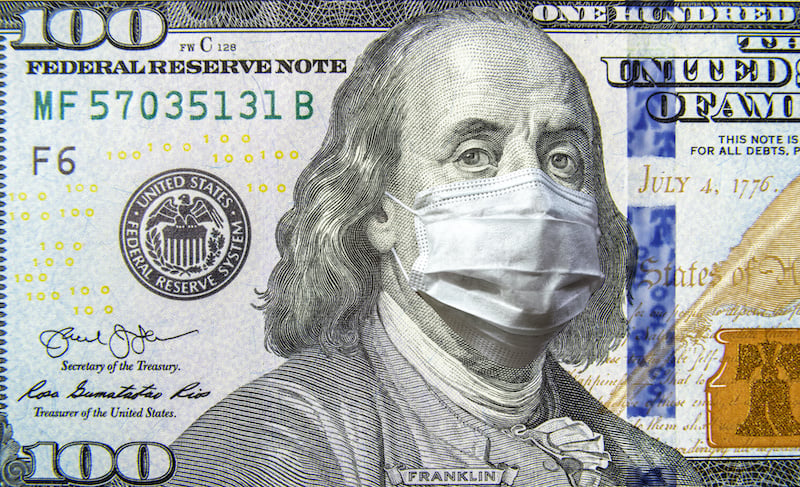 During times of economic upheaval (like the Coronavirus pandemic is causing), it is essential to review, revisit and adjust your financial plan immediately. Whether your business or personal finances are blowing up or stable right now — this will be key to secure your finances and especially discern opportunity from distraction, manage risk, and capitalize… 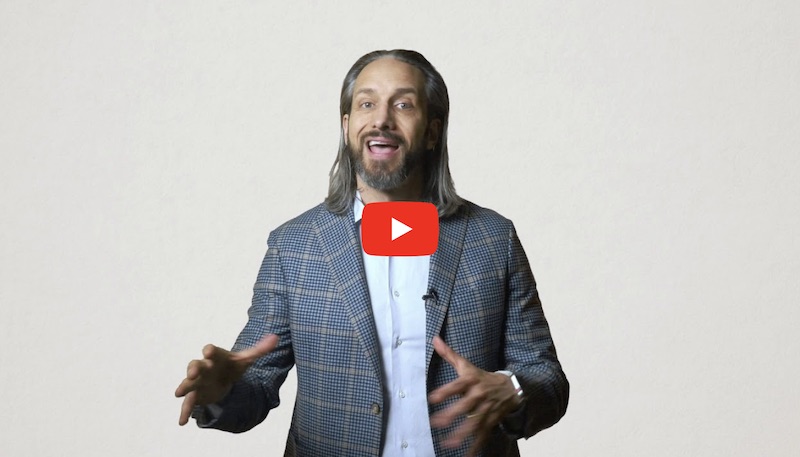 Have a loan? All interest rates are negotiable. If you haven’t inquired about lowering interest rates on your credit cards or looked into a streamline refinance, watch this video as Garrett gives you a few tips. Then, if you haven’t already picked up your copy of Garrett’s latest book, Budgeting Sucks, grab it here. 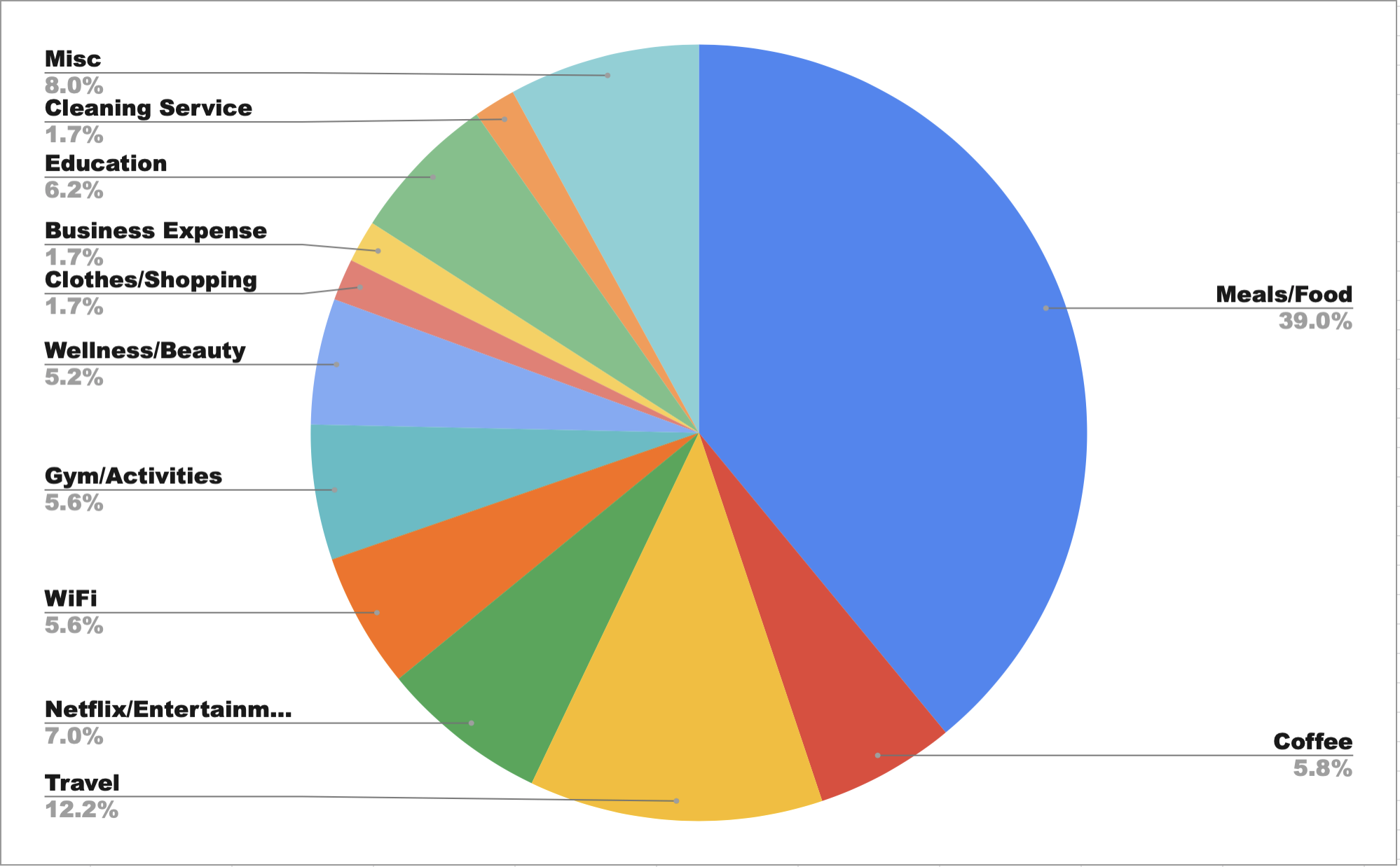 Budgets are like diets for your bank account. They’re never fun, they mean a lot of restriction and denial, and worst of all — results are somewhere off in the future. And, oh yeah — they can make people super cranky too. If you’ve ever tried to put yourself on a budget (or a… 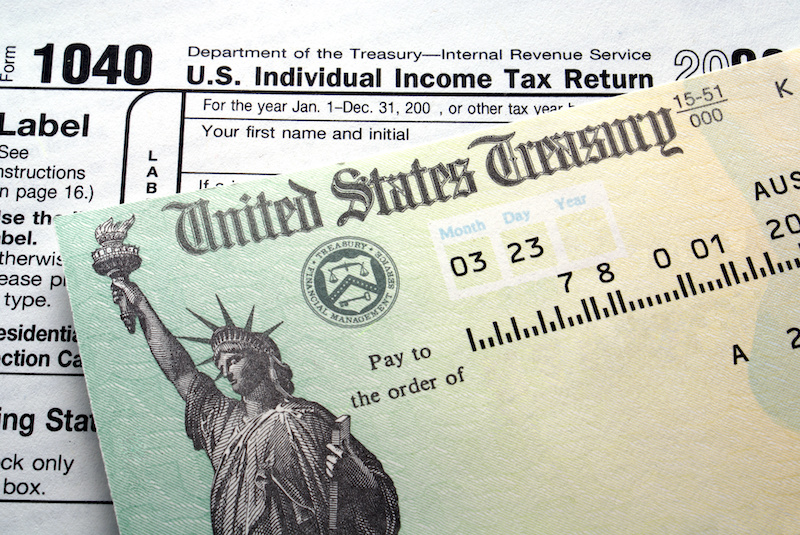 One of the most under-utilized provisions in the IRS tax code is the rule that allows you to go back three years and file an amendment. Why is it so under-utilized? Most people think tax amendments are only applicable if you OWE more money. Probably because that’s how the IRS promotes it in their…